In this post we will explore the HOF (Higher order function), Callbacks, and the crazy JavaScript Closures.

A function which accepts a function definition as a parameter and/or returns a function is HOF (Higher Order Function).

In the above snippet printMsg is the Higher Order Function, because it accepts the isEven function as parameter.

A callback is a function passed into another function as an argument to be executed later. In the last code snippet isEven is the callback function.

It is called callback because it calls back to the place where it was created.

A closure is a function which has access to the outer variables even after the outer function is returned.

In the above code, bar is the closure function, which has access to outer variables (x and y) even after outer function is returned.

Closures are possible in JS because of Lexical Scoping. Lexical scoping means, If a variable is not found in the local scope, it looks in the outer scope, and so on till the global scope. 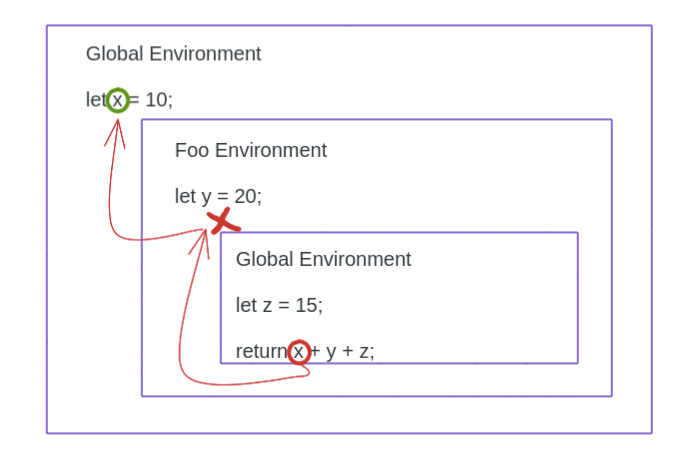 There is just one exeption in closures. In JavaScript every function is a closure except for functions created via “new Function” syntax.

So, functions such as func (in above code) doesn’t have access to outer variables, only to the global ones.

So, that’s it for this post. I hope you learned something new, if so, please do share and join my email newsletter below or here.

How JavaScript works behind the scene - Execution Context and Call Stack

Learn how JS works under the hood and how functions are executed in JavaScript with execution context.

The difference between shallow and deep cloning, How to implement them, and the pitfalls with shallow cloning.

Become a better full-stack developer in 10 minutes a week.

Be the first to receive our latest content with the ability to opt-out at anytime. We promise to not spam your inbox or share your email with any third parties.