In this post we will see how functions are executed in JavaScript, and how variables are defined and initialized.

We will also discuss, what is hoisting?

Any function in JavaScript is executed in two phases:

Let’s understand both phases one by one.

We will use the following snippet to understand the execution context.

Note: In the above snippet some variables are defined with var, some with let, and some with const. I did that on purpose to show how each of them works differently in execution context.

In declaration phase variables and functions are allocated memory. But there is a slight difference in where the memory is allocated to var and let, const. 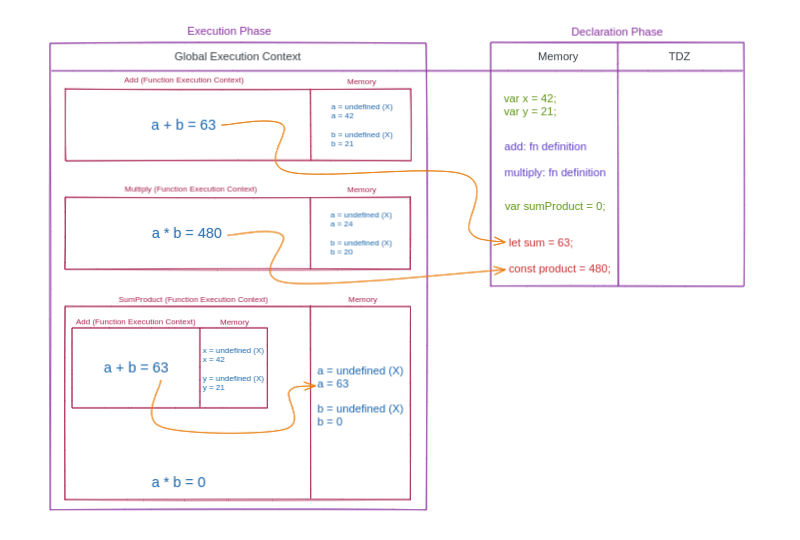 One important thing to note is that, Once a function is returned, it is cleared / removed from the execution context. And it is done with the Call Stack.

Execution context is maintained using a “Call Stack”. A stack is a LIFO (last in first out) data structure. In a stack we only insert or delete elements at the top of stack, think in terms of JavaScript Array.push and Array.pop method.

There can be only one execution context running at a time, that’s why JavaScript is a single threaded language.

Whenever an execution context is halted (may be due to some delay or data fetching), a different execution context becomes the current running EC. The halted EC might then at a later point pick back up where it left. 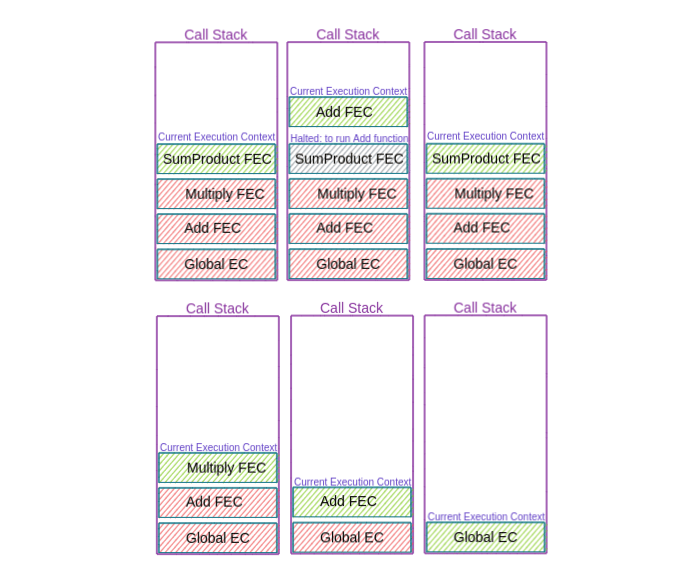 The concept that variables are allocated memory (declared) before the execution of code is known as hoisting.

So, if the question is, Are let and const hoisted in JavaScript? The answer is Yes, they are hoisted but in temporal dead zone.

The difference between shallow and deep cloning, How to implement them, and the pitfalls with shallow cloning.

Copy by value vs copy by reference

Become a better full-stack developer in 10 minutes a week.

Be the first to receive our latest content with the ability to opt-out at anytime. We promise to not spam your inbox or share your email with any third parties.